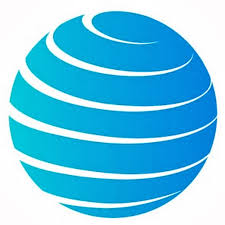 I start by acknowledging the traditional owners, the Gadigal people of the Eora nation.

I am pleased to be here with you today, the day before International Women’s Day…and I wish you as young women all the best for that day, and all the best for the many life decisions that you will make as you approach the transition from school to the rest of your life.

I am happy to be back here at Brigidine College, very familiar to me from my own schooldays.

I attended Brigidine Maroubra, a smaller and more modest establishment, run by the same community of Brigidines, and we often visited this campus for sports, or religious events like the wonderful Corpus Christie procession.

We are now in March, not very far past this year’s feast of St Brigid, so I would like to acknowledge the work of the Brigidine sisters in the education of girls, here and at Maroubra, and indeed since the end of the 19th century when the sisters first arrived from Ireland, and established schools in many towns and cities around Australia.

Of St Brigid herself, the 5th century saint and patron saint of Ireland not a lot is known in historical terms, but I remember the stories we were told about her. The particular theme that stayed with me up to the present is this: St Brigid was the equal of St Patrick, she worked with him in partnership, and was as important as he was to the people of Ireland in her work for the poor and the spreading of Catholic faith.

Was that story of Brigid’s equality with Patrick the beginning of my personal version of second wave feminism?
Perhaps. Certainly, growing up in the 1940s and 50s, going to a girls school run entirely by women of determination and personality I was aware from my earliest days of two things:

First, women were as clever, energetic and knowledgeable as men.

And second, despite this intellectual and personal equality, society at large and the Church placed women in an inferior position and fought hard to keep us there.

Moving ahead to the 1970s, to the beginning of what we now call second wave feminism, you might wonder how I got there, and indeed got the chance to play an active role in this near revolutionary movement, coming as I did from a small unknown catholic school in Maroubra, run by Irish Brigidines.

The short version is: I was lucky enough, well taught enough I should say, to do what no one from my family, and no student from Brigidine Maroubra had done to that point, win a scholarship to Sydney University.

That was a life changer. I took easily to university studies and loved student life.

But female students, even very clever ones, knew then that there were hardly any career opportunities to follow the glorious student days.

Girls could do teaching or nursing…a bit more attractive than the jobs that awaited girls who had left school at 15, which most girls did then. Those girls could be shop assistants, low level office workers, and perhaps advance to being the secretary for an important man.

These jobs, limited as they were in every way, were in Maroubra considered better than the blue collar factory jobs in Daceyville or Mascot.

I thought I was heading to a teaching career, but I did what most girls did in those days, I fell in love. I got married as soon as I graduated. Because of this I lost my scholarship and had to pay back the scholarship money.

Male students who married did not have to do this.

What then? Nobody was very interested in hiring a young arts graduate about to be married.

I ended up being employed at St Patrick’s girls’ school in the city, run by the Monte St Angelo Mercies.

So, the real life social and economic environment which bred second wave feminism was like this:

Most girls did not finish their school education.

Most jobs, certainly those with any prospects were closed to girls.

Marriage was usually at a young age and children followed fast upon, as there was little birth control available.

Subsidised child care did not exist, and mothers who found some private care for their children so they could work were looked on with hostility and contempt.

And, in any event, in most jobs, including the public service, a women had to resign when she married.

In general the whole of society supported these limitations on the lives of women.

Perhaps you could have counted on one hand the number of women who had made it to our parliaments; very few had qualified as lawyers and there were no female judges.

Apart from light weight social reporting, women, (with a couple of exceptions) were not able to work as print journalists, and their voices were hardly ever heard on radio. As TV came in, their faces were rarely seen except in ads for vacuum cleaners.

Second wave feminists were those women who had come to recognise that our laws and workplaces discriminated against women so that economic independence and dignity, let alone choice of work and lifestyle were impossible for most.

The result for women was a lot of poverty, hardship, being trapped in bad marriages, with few tools available to change all this.

How does such change occur?

The parliaments can reform laws, the media can inform the community, expose injustice and give coverage to new ideas, but if all these avenues were female free, how was change to come about?

How to get these necessary changes for women was the core question of second wave feminism.

Second wave feminism in Australia grew out of had two initial movements.

First, Women’s Liberation. This was a consciousness raising and analytical development where women met in small groups to discuss their lives and to try to identify the factors that blocked their moves to equality and independence.

Women’s Liberation grew out of the radical movements of the 1960s especially the anti-Vietnam moratorium.

Women had joined the moratorium, to campaign for peace. They were given tasks to perform, but no say in any important decisions.

Some of these women, frustrated at continuing exclusion from real decisions decided to set up their own groups and work with other women to address such exclusions and other forces for inequality and powerlessness.

Women’s Liberation occurred in all English speaking and European societies, because all these societies denied women’s power and restricted women in similar ways.

In Australia, at the beginning of the 70s it seemed that there would be a change of national government. The long standing conservative government seemed to have worn itself out. New forward looking polices were starting to emerge: gender equality, race equality, Aboriginal land rights, protection of the environment, public health insurance and quality education for all students.

These policies were powerfully advocated by Labor leader Gough Whitlam, who was elected in December 1972.
To seize the opportunity presented by these new developments, early in 1972 feminists such as myself set up the Women’s Electoral Lobby.

Our purpose was to lobby all MPs and candidates about issues affecting women’s rights: equal pay, child care, anti-discrimination laws, the right to education, the list goes on.

Because many of us had managed by then to get education and jobs, including jobs in the media, WEL had a massive impact. We had strong support from female journalists like Anne Summers.

The Women’s Electoral Lobby persuaded the incoming government to act on our agenda.
So second wave feminism rolled into the parliament of Australia.

I was elected in December 1975 with advancing the women’s agenda as my highest priority.

In a few years most of it was achieved and a lot more.

Barriers were broken down, in law and in the workplace.

Support for working mothers through funded child care was established.

Women started to appear in prominent positions, not only in parliament and the media, but in law, the bureaucracy, and in the professions. The change that we were seeking was well underway.

That is the short version of what happened.

Now, here we are on the eve of International Women Day in 2016.

We can look about and see so many changes in the lives of women, compared with my first year out of school, 1960, before the advent of the Second Wave.

Most are changes for the better.

There is no area of work, no profession closed to women. Governments understand that they must support families, that they must strengthen laws that protect women and their rights.

But you would know well, we still face many challenges.

The gender pay gap is still large and not closing.

The scourge of domestic violence ruins and indeed ends the lives of women and children at a terrible rate.

Most jobs under the law are available, but lack of flexibility in the work place still forces women out.

Older women of my own generation, who did not have the good fortune in their working lives that I did, can face an impoverished old age. This is an urgent challenge as we are living longer than ever, a great thing in itself, but longer lives must be supported to be independent and dignified lives.

So, is it time for third wave feminism, your generation’s  challenge, to build on what the second wave achieved and take us forward to our goals of equality, respect, and inclusion?

I hope so and I wish you well.